Experience the Wave video above.

Wave is a new 1,580-ft long pedestrian bridge that would link the main artery of the redeveloped Moynihan Station with the start of the existing High Line in Manhattan’s new Hudson Yards neighborhood. S-shaped in plan, its form is a balanced blend of the dynamic and pragmatic, offering a narrow, direct connection to Moynihan Station on 31st Street before “breaking” around the corner on 9th Avenue and “splashing” onto 30th Street with wider paths and lush, open spaces, ultimately terminating at The Shed. Wave would enhance foot travel by engaging pedestrians in an experience that rewards walking, becoming both the preferred mode of daily transit for local commuters and a draw for tourists by providing a new, more enjoyable pathway from the train station to the High Line.

More people live in cities than ever before, leading to unprecedented levels of congestion, traffic and pollution. It is clear that cities need to move away from the old, automobile-centric models of urban planning and restructure their urban environments to provide more available options for safe, pleasant and efficient foot travel, both to relieve congestion and to enhance the daily experience of inhabitants.

Utilizing the fewest number of vertical supports possible, Wave’s innovative design maximizes transparency, security and accessibility, providing respite from the surrounding urban environment while minimizing interruption of the urban flow underneath in one of New York City’s busiest locales. Inspired by famous science fiction tropes, the design is intended to “transport” New Yorkers to a different world: two of the vertical supports contain an elevator tube and helical stairs within, “beaming up” pedestrians onto the bridge, where they suddenly find themselves in a green oasis amidst towering skyscrapers. Likewise, the bridge’s serpentine form evokes the scaly, curved tail of Godzilla and other fantastical creatures.

In contrast to NYC’s orthogonal urbanism, Wave’s curves are organic, interposing Manhattan’s often overwhelming urban density with a refreshing, rejuvenating landscape. Meanwhile, the connection to Moynihan Station—consisting of a slender, linear footbridge running parallel to the façade with a small ramp connecting to the main entrance stairs at 90° angles—maintains some orthogonality so as not to detract from the architectural majesty of the historic James A. Farley Post Office Building.

Moynihan Station / Penn Station Slated to open in 2021, this major redevelopment will completely transform the historic James A. Farley Post Office Building into a world-class intercity and commuter passenger boarding concourse, and creates a new connection to Penn Station across 8th Avenue, which is the busiest intercity railroad station in the Western Hemisphere serving more than 630,000 passengers per weekday.

The High Line A new combination of park, public garden and cultural space built on a historic, elevated freight line, the 20-block-long High Line has quickly become a defining feature of Manhattan and a major destination for tourists and locals alike.

Hudson Yards / The Shed This ground-up development will contain more than 18 million sf of commercial and residential space, more than 100 shops and 14 acres of public space. Adjacent to the High Line is The Shed, a new hybrid arts incubator, cultural center and performance space.

The dramatic, swooping metallic structure creates a strong presence in the neighborhood through its aesthetic appeal and welcoming connections.

Wave’s design was driven by minimalist design principles, with accessibility, security and sustainability at its core. Two of the vertical columns supporting the bridge along 30th Street house an elevator and helical stairs within, increasing ease of access. Furthermore, both ends of the bridge integrate seamlessly with Moynihan Station and the High Line, respectively, and the path is entirely level throughout, making it as easy as possible to access and traverse for wheelchair and other differently abled users. The slenderness of the lateral connection with Moynihan Station ensures that the view of the 31st Street gate from street level is not obstructed.

Wave has two “skins”: the outer skin consists of structural steel coated with a zinc-rich primer and metallic paint, and the inner skin is composed of foliage and greenery. The combination of these two materialities—poignantly aligned in smooth, inviting curvature—helps to insulate pedestrians from the surrounding noise and chaos of the city. In contrast to the opaque skin of the bridge, the supports feature a transparent skin of perforated stainless steel plates. This added transparency enhances pedestrian safety and comfort in two ways: by increasing transparency within the elevator and stair tubes, thus increasing the safety of users; and by amplifying the overall luminosity of the bridge at night, which serves to eliminate unlit areas as well as beautify the bridge’s structural aesthetics. Combined with the lighting along the path, Wave shines brightly at night, like a monument, complementing the monumental architecture of Moynihan Station.

In order to reduce the bridge’s carbon footprint, the design optimizes material quantities for supports, structure and pavement, and the total number of elements is minimized by designing several components to serve multiple functions. The structural shape itself was designed to reduce the material quantities: by conforming the shape of the primary girders and transversal beams to the bending moment diagrams, every point of the structure uses the minimum material necessary.

Wave’s minimalist design is the culmination of a search for simplicity, progressively stripping away superfluous elements. This process of finding simplicity is, ironically, complex, as all of the elements must be analyzed in a holistic way from a functional, constructive, aesthetic, structural and economic point of view in order to optimize, integrate or, in some cases, hide them. If something can be simple, why make it complicated?

Composed entirely of structural steel, the whole span of the bridge is supported by 14 columns, strategically placed so as not to interfere with the road and pedestrian traffic at street level. Wave’s longest span measures 265 ft, and at its widest point stretches to 110 ft. The path itself maintains a minimum width of 10 ft and a maximum width of 30 ft. The size, placement and number of columns, combined with the structure’s fluid form, creates a “floating” effect, with the bridge hovering elegantly over the roadway below. The structural system also enables a shallow depth of 5 ft along the pathway, with a larger depth up to 12 ft along the exterior edges accommodating the sloped planter areas. Two of the sloped planter areas are carved open to create entrances for the elevator and stairs. Geofoam is placed inside the planter areas in order to reduce the weight of the soil, with space for deeper soil left closer to the girders to allow for trees to be planted.

Wave’s form is dictated by the layout of the supports and the internal forces of the main structure. The size of the main girders is proportional to the magnitude of their internal forces. Thus, the depth of the girders increases over the columns, allowing for the artificial hills that make Wave as much an elevated park as a pedestrian bridge. The strategic placement of the elevator and stair tubes midway along the bridge provide additional street-level access points, offering greater frequency of access than the High Line. To enhance accessibility, the elevator tube is located on the south side of 30th Street and the stair tube on the north, so that differently abled users can avoid having to navigate the existing bus station located on the north side of the road.

The resistant cross section of each bridge box girder is a trapezoid. Each of the four vertices of the cross section forms a curved line, thus creating four ruled surfaces that mimic the bending moment diagram. The resulting structure, a dynamic and elegant form, is reminiscent of a naval design.

The elevator and stair tubes provide additional street-level access points and enhanced accessibility. The elevator tube is located on the south side of 30th Street so that differently abled users can avoid having to navigate the existing bus station located on the north side of the road. 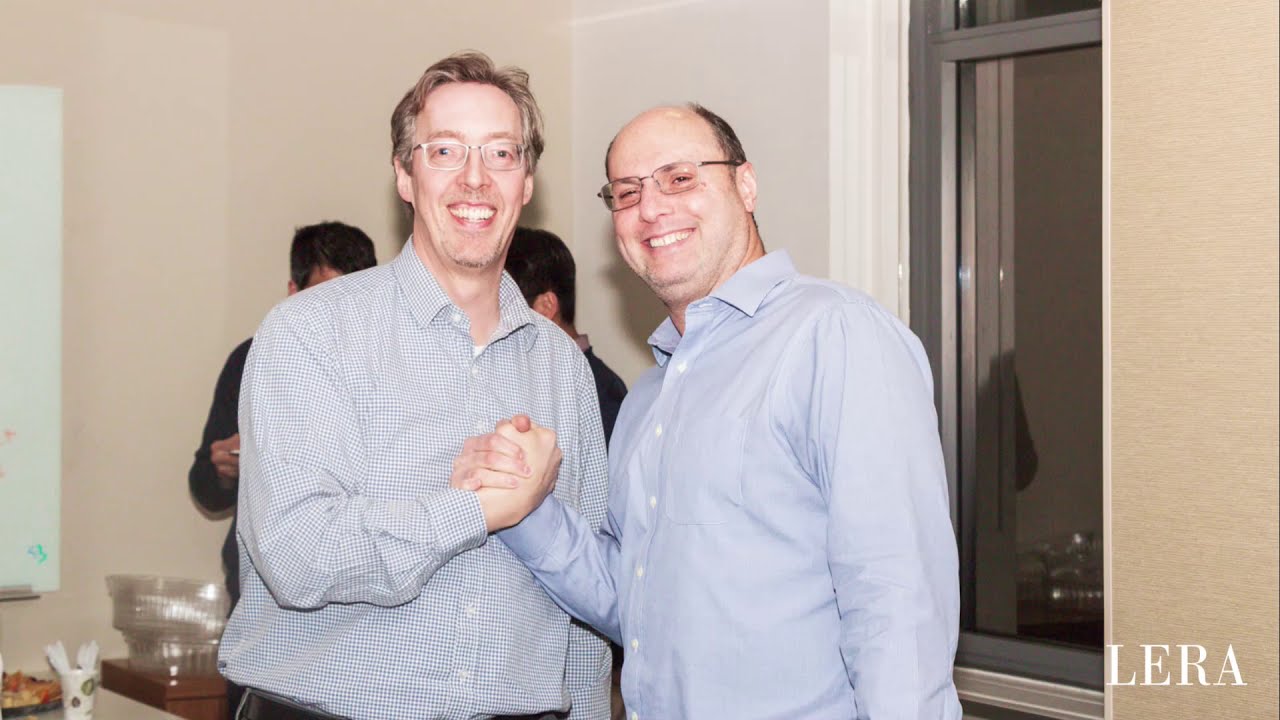 LERA Expands W/MBE Certification in The State of Wisconsin